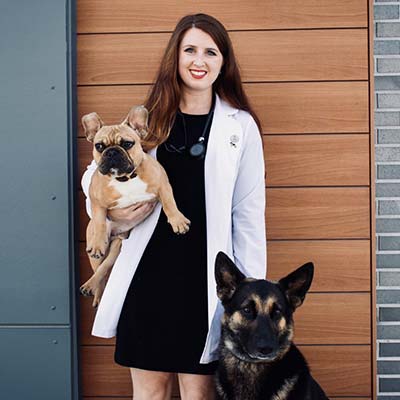 Dr. Elizabeth Wetzel was raised on a small hobby farm in the mountains of Van Lear, Kentucky. From a young age, she loved animals of all kinds, and a career working with them was inevitable. She attended Morehead State University in Morehead, Kentucky for her undergraduate studies, where she obtained a Bachelor's degree in veterinary science.

Dr. Wetzel then attended the Auburn University of College of Veterinary Medicine (War Eagle!) and graduated in 2018 with her Doctorate of Veterinary Medicine degree. Her professional interests include canine reproduction, surgery, internal medicine, dermatology, and nutrition. She also truly enjoys client education- the more you know about your pet, the more likely the pet is to live a comfortable, happy, and healthy life.

During her time at Auburn, Dr. Wetzel and her husband visited the Charleston area quite frequently. Because of the southern hospitality and small-town feel that became apparent in Charleston, Dr. Wetzel and Jon decided to make it their home in 2018.

In her spare time, Dr. Wetzel enjoys riding motorcycles, going to the beach, playing endless games of fetch with her dogs, fishing, and traveling. She is outgoing, and loves meeting new people. Dr. Wetzel cannot wait to partner with you in providing the best care possible for your furry family members as Brighton Animal Hospital's veterinarian! 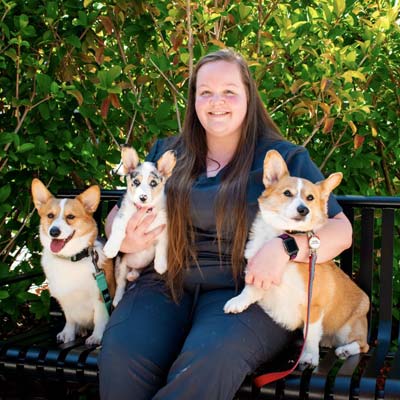 Kirsten was born and raised here in the Lowcountry. From an early age, she knew she wanted to work with animals. She started volunteering at her local SPCA when she was only 12 years old, and once she became old enough to work for them, they hired her on the spot. Working with animals has always been her passion, and she displays that with every patient she encounters.

Kirsten graduated from the Trident Technical College's Veterinary Technology program in 2017. Shortly after that, she began working at another veterinary hospital, where she met Dr. Wetzel. They quickly formed a bond over their love of animals, and working together for the past two years has made them become a really strong team.

She lives with her boyfriend and their 3 Corgi's, Tator, Oliver, and Pixie as well as her very sweet, 12-year-old orange Manx cat, Berkley, whom she adopted from the SPCA, where her career started. She looks forward to helping all of the animals in need. Come say, hi! 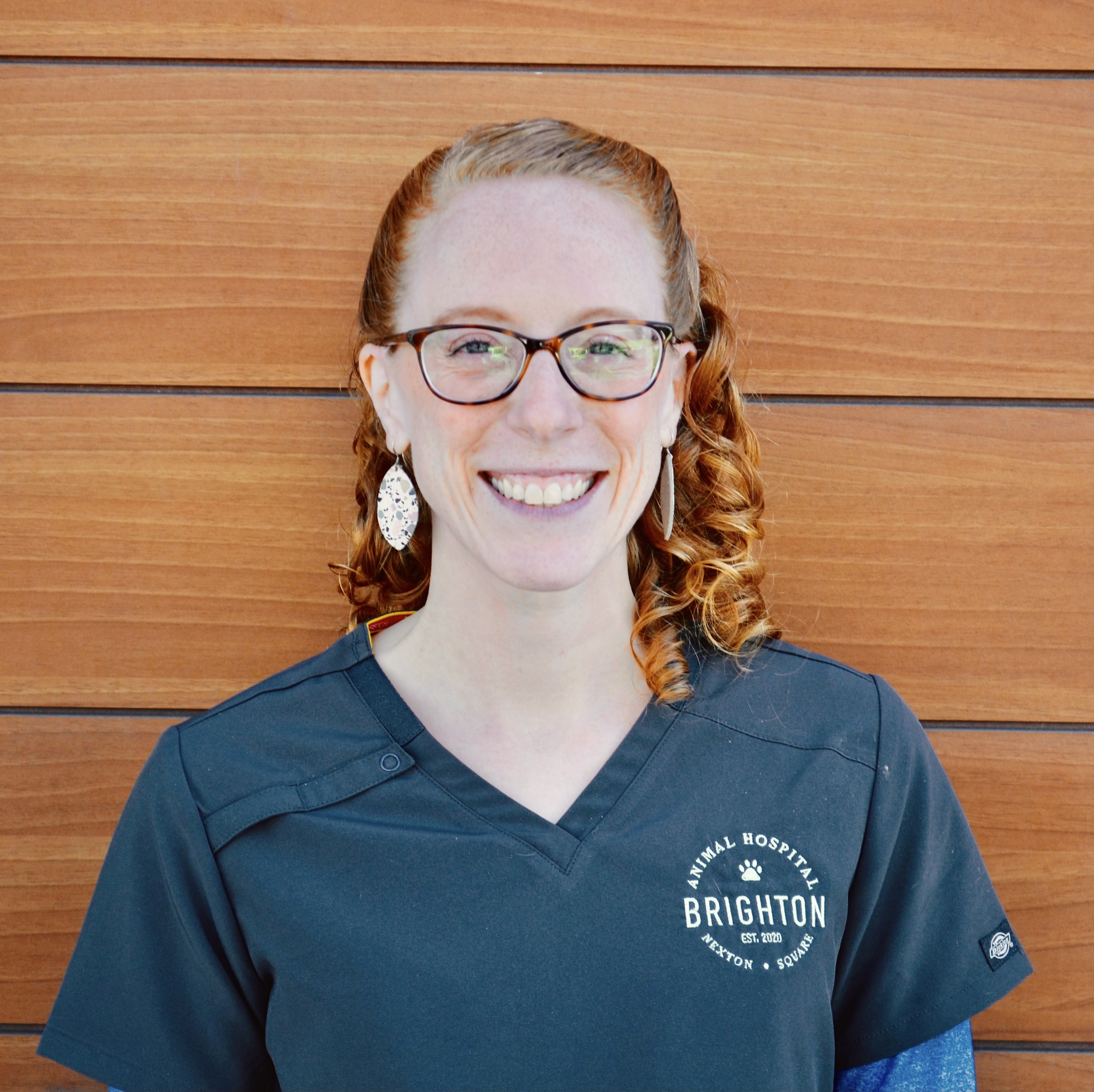 Originally from Long Island, NY, Heather has called Summerville her home for almost two years. Her love of animals began at an early age, always having at least three cats and a dog as pets. Heather obtained her Bachelor’s Degree from Keene State College in Dance and Psychology and originally began working for a non-profit organization assisting individuals with disabilities. Although she enjoyed this work, it wasn’t until she began volunteering at North Shore Animal League America that her true passion was realized. She quickly began working as a Veterinary Assistant/Kennel Attendant at a local animal hospital and began classes to obtain her Veterinary Technician’s License.

She graduated with highest distinction from Suffolk Community College in 2011 with an Associate’s Degree in Veterinary Science Technology. After Graduation, Heather worked and gained clinical experience as an LVT on Long Island before moving to South Carolina. Heather’s professional interests include Behavior (especially feline!), Dentistry, and Internal Medicine.

When not loving on all the animals, Heather is a wife to Michael and mama to Juliana and Theodore. Her fur-children include a cat, Figaro, and a dog, Bailey. Both of whom were rescued from the first hospital she worked at in NY. She also teaches Pilates in her spare time! She is so excited to be at Brighton and start meeting and helping all the furry friends. 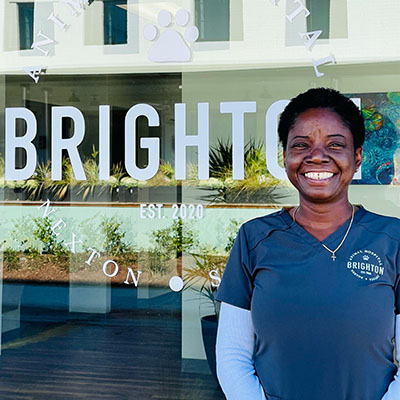 Ke is originally from the Washington, D.C. area and has lived in the Lowcountry for almost 15 years. She has 4 children (3 sons and 1 daughter), 2 grandbabies, and one canine son named Bazel. She started in out in the "human" medical field but discovered she loves the "animal" field even more. In her spare time, she enjoys baking, reading, walks on the beach, and spending time with her family. 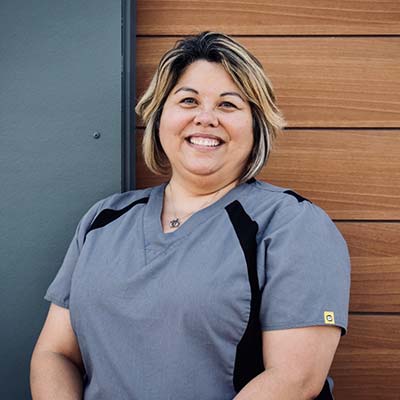 She is originally from Annapolis, Maryland. She started by studying to be an Electric Engineer but fell in love with Veterinary Medicine. In her spare time, she enjoys bowling, traveling, and reading. At home, she keeps busy with her two crazy Beagles, Fred and Ginger. 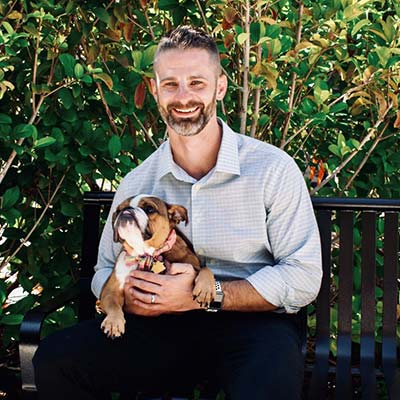 Originally from Columbus, Ohio, Josh made the journey down south to the Low Country in 2018.

He started his professional journey in the business and education sectors earning his MBA with a Human Resources specialization and a Masters' Degree in Adult Education & Training.

Several years ago, he began to help the clinic where his wife was a veterinarian with some of their marketing and HR processes. This eventually led him to come on full time with the practice in Ohio and finding his true passion and calling.

They now reside in Summerville, where he, Dr. Schmitz, and their two girls live with their English Bulldog Peppamint Pig & Bernese Mountain Dog Mix Clover. In their free time, they enjoy going to the beach, swimming at the pool, and visiting their home away from home, Disneyworld.

Please call our vet office, or fill out the below form
to schedule an appointment.